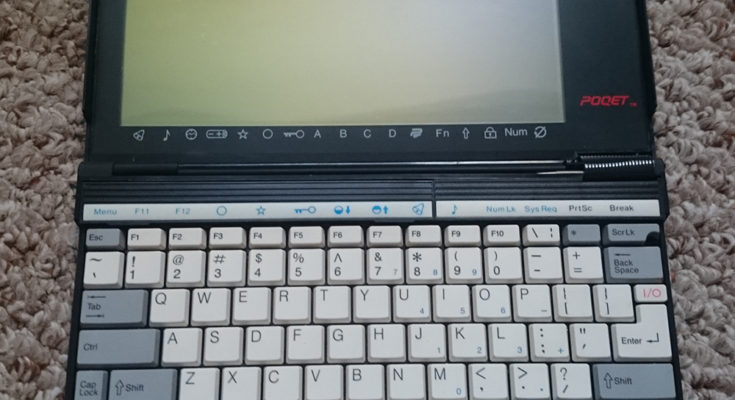 Today’s featured piece from the Higher Intellect Technology Museum is our Poqet PC DOS-based portable computer. We’ve owned this computer for at least 10 years and we’re actually not really sure how it ended up in our collection. Our best guess is it was rescued from a recycle pile at a local computer store back in the early 2000s.

The Poqet PC is a very small, portable IBM PC compatible computer, introduced in 1989 by Poqet Computer Corporation with a price of $2000. The computer was discontinued after Fujitsu Ltd. bought Poqet Computer Corp. It was the first subnotebook form factor IBM PC compatible computer that ran MS-DOS. The Poqet PC is powered by two AA-size batteries. Through the use of aggressive power management, which includes stopping the CPU between keystrokes, the batteries are able to power the computer for anywhere between a couple of weeks and a couple of months, depending on usage. The computer also uses an “instant on” feature, such that after powering it down, it can be used again immediately without having to go through a full booting sequence. The Poqet PC is comparable to the HP 95LX/HP 100LX/HP 200LX and the Atari Portfolio handheld computers. –Wikipedia

We haven’t done much with it other than powering it on and verifying it enters MS-DOS. See below for some pictures we took. 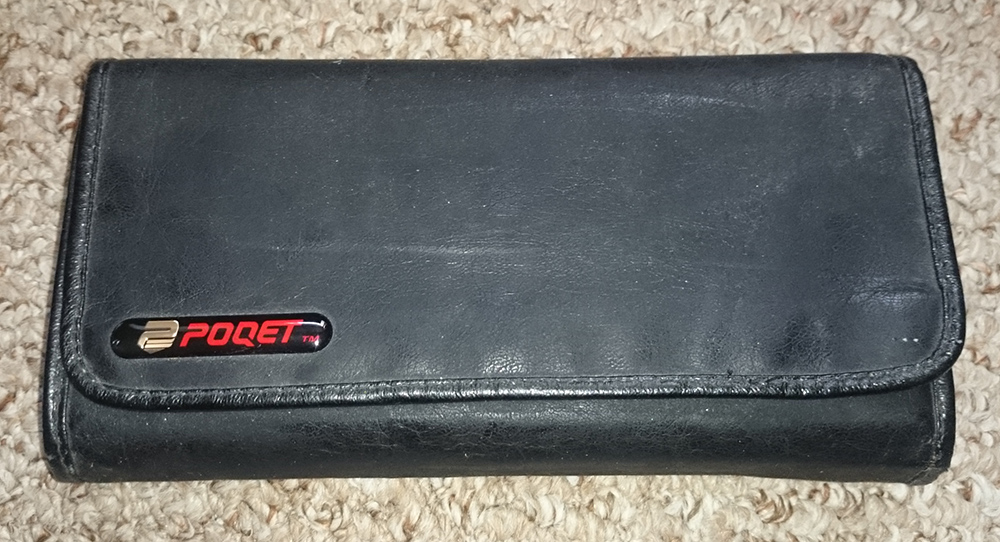 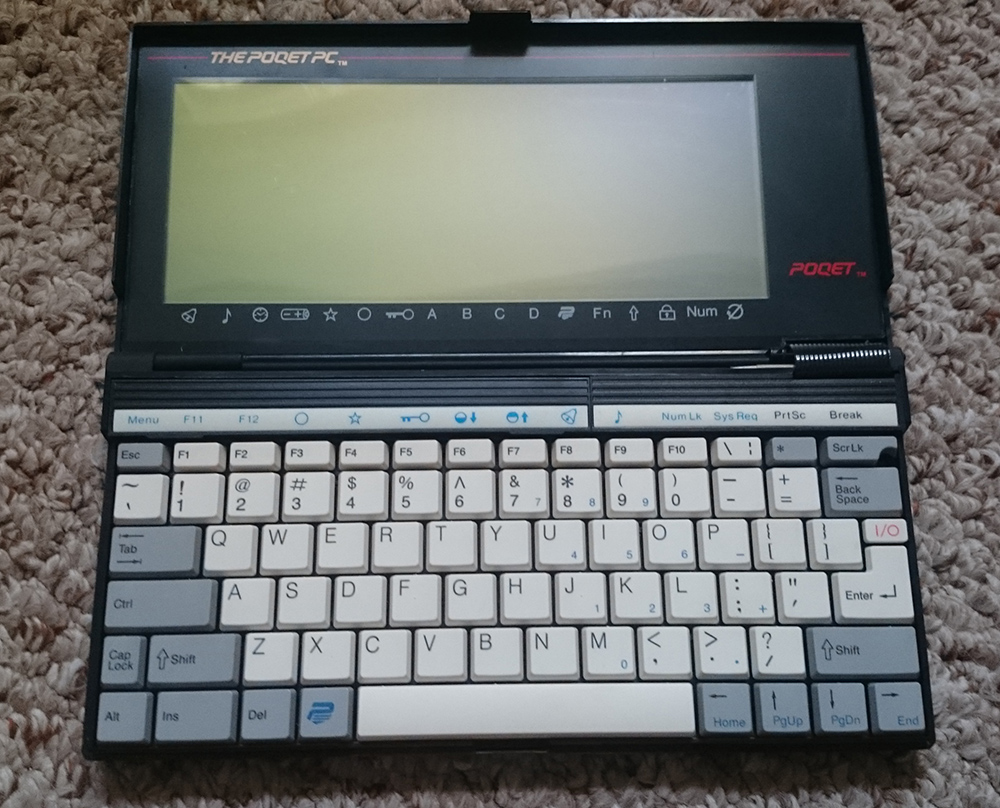 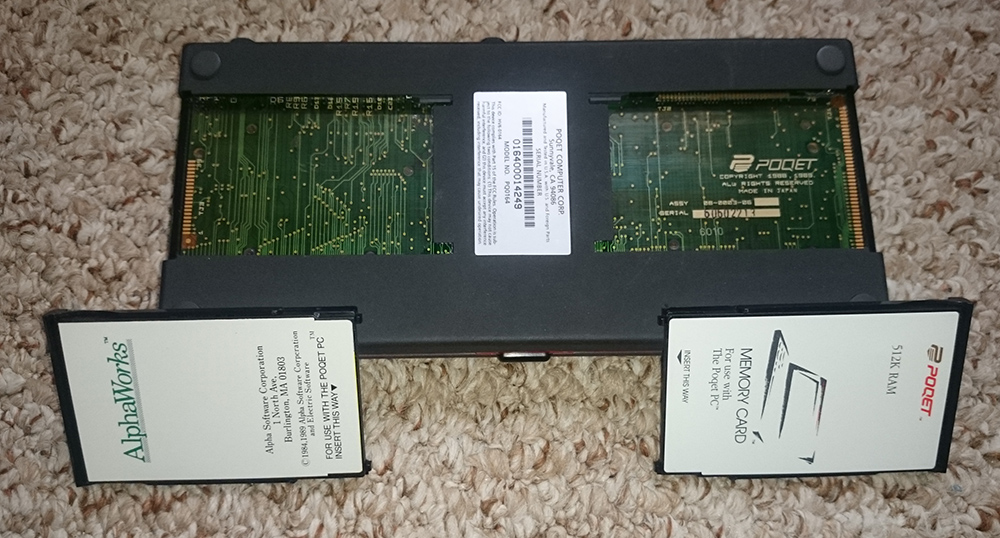 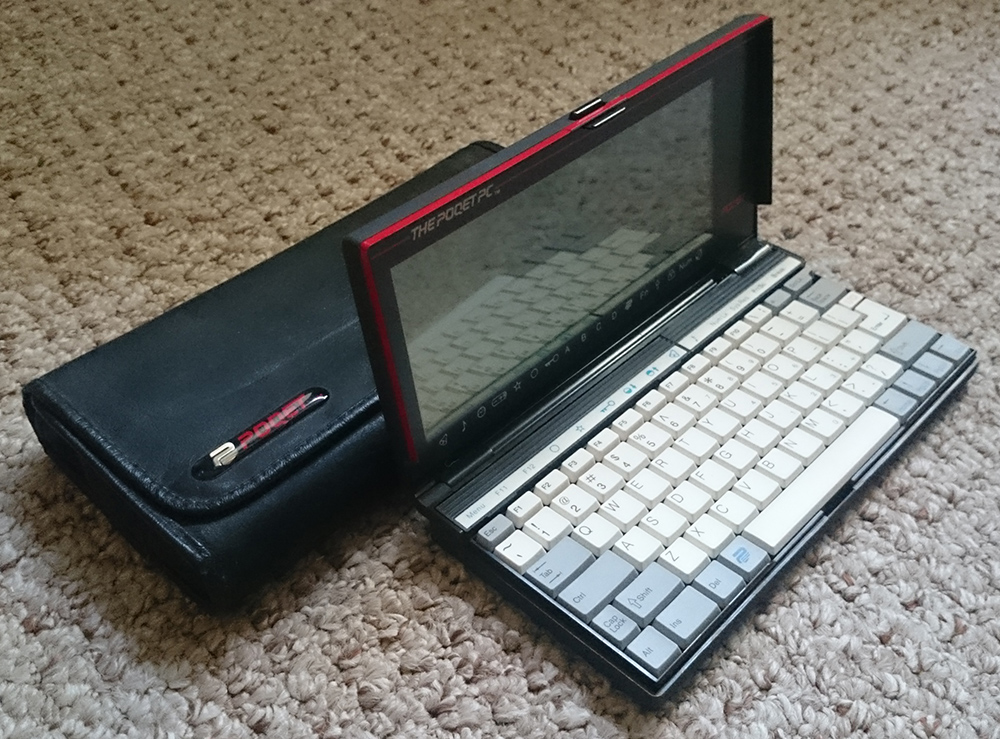 To see more about the Poqet PC, you can find the Poqet PC users guide from 1989 at https://cdn.preterhuman.net/texts/computing/Poqet_PC/Poqet_PC_Users_Guide_1989.pdf 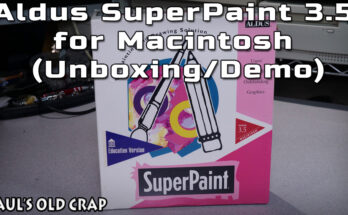 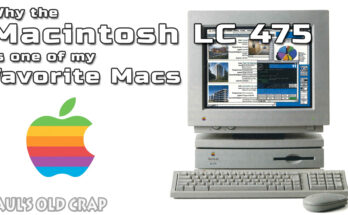 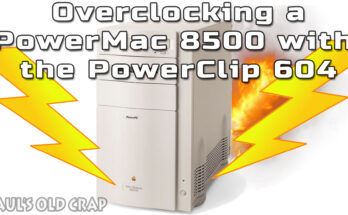